MEASURES BY MEDICAL UNIVERSITY SOFIA IN COVID-19 >>​
Others
Menu 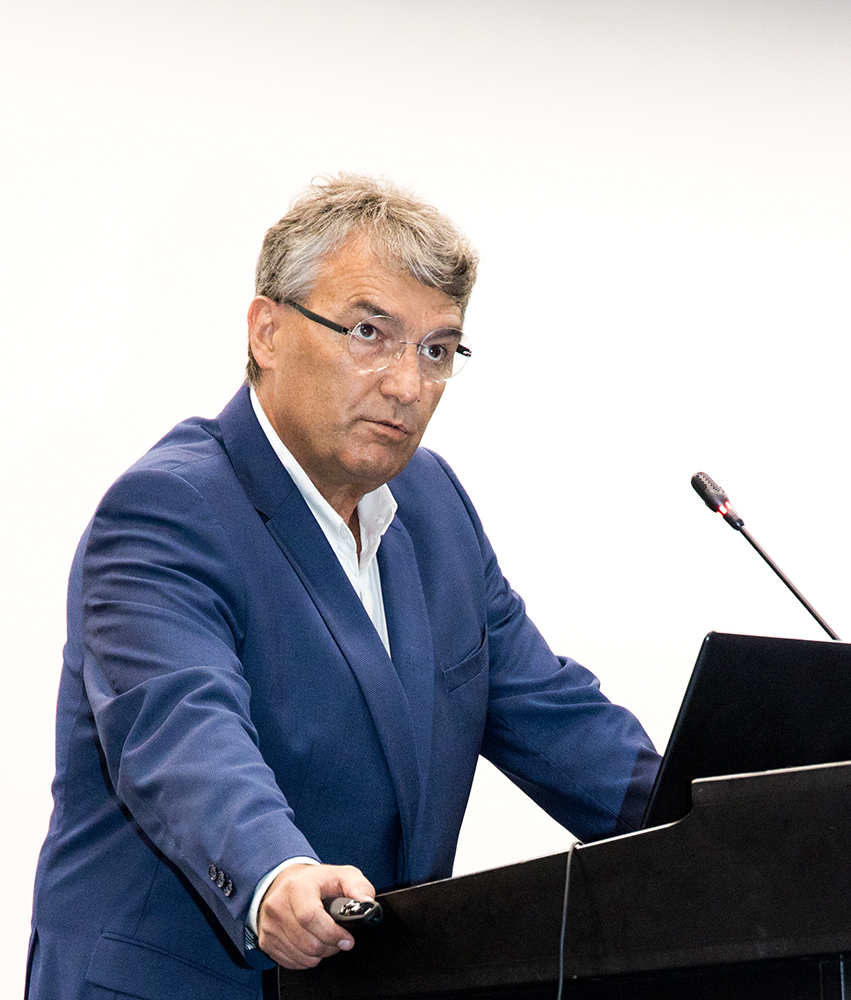 Academician of the Bulgarian Academy of Sciences

Rector of the Medical University – Sofia

Head of the Department of Neurology, MU-Sofia

2008- Head of the Department of Neurology. Faculty of Medicine, Sofia, Bulgaria.

Participation in international monographs and textbooks – 19

Participation in Bulgarian monographs and textbooks – 80

13 defended, 3 in preparation, 4 before defense

1992         Award for the best scientific development of the Stroke Prevention Foundation, Sofia, Bulgaria,

2006    “Golden Panacea” Award for special contributions in the realization of teaching, research and expert activity in the professional field MEDICINE, MU-Sofia, Bulgaria,

2012    Honorary Plaque of the Ministry of Health , of the Department of Neurology for overall activity, Sofia, Bulgaria,

2017    Award for contribution to the development of medical science “The Southeast European Medical Forum Awards”, Sept 2017.

1991-1998 Secretary of the Bulgarian Scientific Society for Headache.

1992-1998 Secretary of the Sofia branch of the Bulgarian Society of Neurology.

1994-1996 International Associate of the Consortium to Establish a Registry for Alzheimer’s Disease (CERAD), National Institute on Aging, USA.

1994 Member of the American Academy of Neurology, USA.

Member of the New York Academy of Sciences.

1997-1998 Member of the “Vascular dementia project review board” of the Syst-Eur project (Systolic Hypertension in Europe).

2000-2007 Deputy Chairman of the Bulgarian Scientific Society of Dementia.

2003- 2009 Chairman of the Alzheimer’s Association Bulgaria.

2004-2007 Member of the European CJD Collaborative Surveillance (Funded by the EU).

2005-2007 Member of the Cognition Advisory Board of the E-SAND project (European Survey Against Neuropsychological Decline).

2006 – Member of the Management Board of the Bulgarian Society of Neurology.

2006 – Member of the Management Board of the Bulgarian Society for Neuroprotection.

2007-2010 Member of the SNA in Neurology and Psychiatry at the Higher Attestation Commission.

2007- 2011 Member of the Ethics Committee for Multicenter Testing at the Ministry of Health.

2007 – Chairman of the Bulgarian Scientific Society of Dementia.

2009- Chairman of the Commission for State Exam in Nervous Diseases, MH Sofia.

2009-2014 Chairman of the Association of University Hospitals in Bulgaria.

2011- Consultant in Neurology at the National Health Insurance Fund.

2011 – Deputy Chairman of the Bulgarian Society of Neurology.

2012- Member of the Union of Scientists in Bulgaria.

2012- Member of the International Parkinson and Movement Disorder Society

2013-2018 Member of the Management Board of the Union of Healthcare Employers in Bulgaria.

2014- Member of the Danubian Network for Dementia Education and Care

2015 – Member of the European Academy of Neurology

2015- Member of the EAN Scientific Panel on Higher cortical functions.

2019 – Chairman of the Board of Neurology at the Minister of Health.

This website uses cookies to improve your experience while you navigate through the website. Out of these cookies, the cookies that are categorized as necessary are stored on your browser as they are essential for the working of basic functionalities of the website. We also use third-party cookies that help us analyze and understand how you use this website. These cookies will be stored in your browser only with your consent. You also have the option to opt-out of these cookies. But opting out of some of these cookies may have an effect on your browsing experience.
Necessary Always Enabled
Necessary cookies are absolutely essential for the website to function properly. This category only includes cookies that ensures basic functionalities and security features of the website. These cookies do not store any personal information.
Non-necessary
Any cookies that may not be particularly necessary for the website to function and is used specifically to collect user personal data via analytics, ads, other embedded contents are termed as non-necessary cookies. It is mandatory to procure user consent prior to running these cookies on your website.
SAVE & ACCEPT